What Is Seamless Resin Flooring?

Seamless flooring has a uniform surface, without any ridges or joints visible. This type of flooring is mainly used in commercial and industrial spaces. The seamless resin flooring process employs pumped polymer systems to achieve the iconic and truly seamless finish. You may also choose to add some aggregates or PVA flakes to achieve different kinds of finishes. We recommend choosing a colour additive of your choice for an aesthetically pleasing floor surface.

Since there are no joints or seams on the floor, this type of flooring offers a safe and completely hygienic environment. There is absolutely no place for bacteria or other microorganisms to accumulate between the layers. Seamless floors are also very easy to clean, thus saving time and effort.

Seamless floors are very popular and widely used in the food industry. Places ranging from pubs and cafes to even upscale restaurant kitchens take great benefit from its seamless surface. Food preparation areas need good hygiene ratings and businesses may get penalized for unhygienic kitchens. Seamless floors offer a great way to prevent this, by providing a dirt and bacteria free surface. While there are some standard colours available, you can easily choose a colour of your choice and we will add it into the mixture.  Resin floors installed by means of the pouring method are a favourite of architects and designers, owing to their amazing durability and easy installation.

Moreover, the low project costs and the available design freedom add to this growing shift towards resin flooring from the traditional flooring options.

What Are the Pros of Seamless Resin Flooring?

What Are The Different Types of Seamless Resin Flooring? 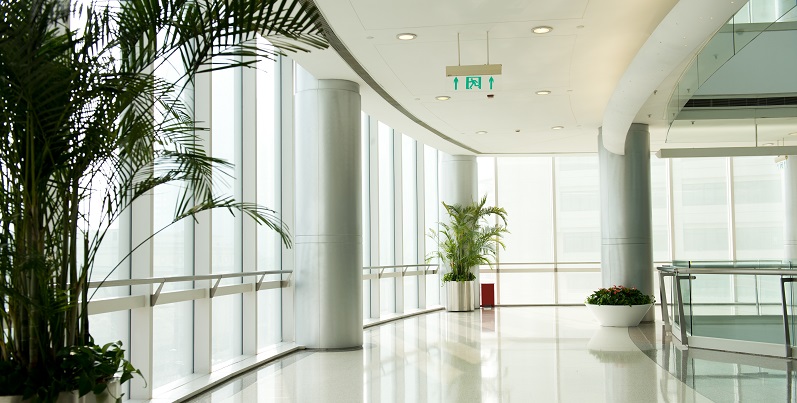 We recommend going for the seamless resin flooring option if your main aim is a simplistic yet durable surface. Seamless flooring is widely used in industrial areas with an equally abundant use in commercial environments. The past couple of years have also seen a growing trend of seamless flooring in domestic environments. The tough surface provided by the seamless resin flooring, coupled with its aesthetic simplicity is the main selling point for this type of poured resin flooring. Needless to say, easy cleaning and the two beautiful gloss or matt finish options seal the deal with most of the buyers.

Resin flooring is one of the best ways to add aesthetics to your environment while also achieving years-long durability and ease of use. The one colour look goes well with darker interior settings while the polyurethane option works best with all other interior types. We also provide our clients with the option to create a colour scheme of their choice from the large variety of colour options available.

We offer a large range of colour and tone options with our seamless resin flooring. Our epoxy resin colours are both warm and comfortable and give a pleasant feeling upon contact. With their waterproofing quality, resin floors automatically become the best option for any type of flooring use. Resin Flooring’s seamless flooring solutions are among the top quality products currently available in the market. Be prepared to get blown away by the seamlessness and flatness of our floors, with the guarantee of amazing durability.

Resin Flooring’s resin solutions also make for beautiful wall décor and floor finishes. We offer a luxurious flooring solution with the promise of durability against all sorts of environmental agents and factors.

Get in touch with us now at 01245 678920 to get your questions answered regarding our services. Our customer care agents would be pleased to discuss the various available options with you. You can also request samples and quotes for our services through our helpline.

What Are the Costs Of Resin Flooring Installation?
The total costs depend on the area covered. We usually offer a full quote for seamless coverage of your entire floor area.
How Can I Clean My Epoxy Floor?
You can clean your epoxy floor with any of the conventional floor cleaning methods. You can use a mop or vacuum to get rid of any dust and dirt.
What Steps Should Be Taken Before The Resin Floor Installation?
We recommend getting your floor cleaned and freed of any cracks or imbalances. Special treatment may be required on older floors where cracks emerge with continued use.