Boring colours make a floor look dull. Break free from the norm and choose colourful resin floors. The colour of the floor contributes to the overall outlook of the entire building. So, to change the atmosphere of the building, add a splash of colour. If you want a flooring system that can help provide warmth in your room, then our warm coloured resin flooring can make a difference to your room. 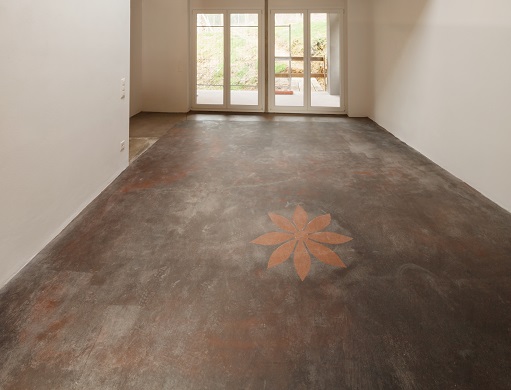 Does your retail store need a new appearance? Epoxy resin-based and polyurethane flooring coatings are available in a variety of colours to give your retail store an alluring appearance. Because of its non-fade components and durability, fading of coloured epoxy floors is nothing to worry about.

Resin floor paints come in different colour variations, which are either standard or bespoke colours. A glance at our colour charts gives you a glimpse into the variety we can offer for your floor. These coloured resins is certain to give your garages or workshops a tough and aesthetically appealing resin floor finish.

Our decorative coloured coatings can turn your old flooring into something new and unique, while completely revolutionising the look of your building and increasing the durability of your floor. This cost-effective solution, even while under heavy use, stands the test of time like no other.

What Are the Benefits of Coloured Resin Flooring?

The need for the use of safe flooring materials in business environments cannot be overstated. Business environments need safe flooring systems to improve productivity and prevent accidents that might disrupt work activities, hence the need for slip-resistant coloured Resin Flooring surfaces, They contain aggregates and screeds and are specifically designed to suit heavy machines industries and other businesses. These coloured surfaces are usually given the right textures that fit all manner of operations, are weather friendly and are enclosed with a coloured or patterned resin to suit your decorative desires or match company logos and brands.

It is never enough to just beautify a place without giving warning signals about dangerous areas. This realization makes coloured resins and epoxy paints usable to add line-markings to cross hazardous hatch areas. Epoxy Coatings are also available for the creation of graphics like company logos, letterings, numerals, and car park arrows signals. The addition of aggregates to these coatings allows for durability even in wet conditions and slopes.

Epoxy Resin can be installed with coloured bright glass chips to create not only beautiful floor but a hard-wearing hygienic floor finish that can be cleaned with little effort. This is ideal for use in commercial, residential, industrial and health care centres and many other projects.

Where is Coloured Resin Flooring Used?

Epoxy Floor Coatings in their solvent-free nature produce a hued glossy finish that is ideal for industrial and commercial applications. Factories and warehouses need not bother about having hygienic floor surfaces with Epoxy coating systems.

Epoxy coatings are not only essential for factories and warehouses but are crucial needs for food and beverage industries, exhibition areas, sports centres, and other recent innovations that require aesthetic coloured and custom-designed floors. 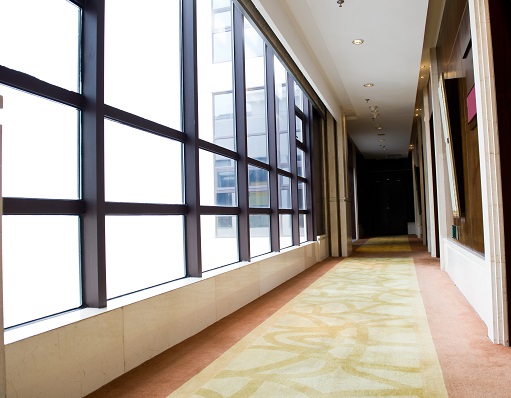 Food areas are sensitive areas, that is why we present epoxy coatings that are appropriate for restaurants, cafes, and coffee shops. These Coatings do not allow for microbe growth and they are easy to clean.  The right colour blend in areas like this supports a playful or sophisticated interior design intent.

Beauty is what you make of it. You will definitely be enchanted with the beauty of an epoxy resin floor in a neutral off-white shade on clear and coloured recycled glass chips. It’s a sight to behold! The aftereffect is a high-level, sophisticated look that is suitable for areas requiring an attractive, yet seamless and hygienic heavy-duty floor finish.  This neutral off-white colours are ideal for use in commercial, residential and industrial sectors and especially suits large scale high-end commercial areas that require a floor finish. You will enjoy high aesthetic value and durability and easy-to-clean features on your floor.

When a glossy finish is applied to a pale coloured, polished concrete floor, it can reflect lots of light. This makes it a kitchen essential. Completing epoxy coatings with a good amount of glazing will naturally make your kitchen and room sparkle.

Regardless of your colour choices, whether it is for a stylish and coloured patio area or a new driveway surface, we guarantee the highest quality coatings for your exteriors. Our specialist teams are always ready to provide optimum satisfaction for you.

Epoxy coatings offer industrial flooring options that are ideal for use in aircraft hangars, warehouses, and car showrooms. These places require a tough, durable finish but can still be made to have an alluring outlook that is coloured and decorated to fit the brand. Our team members’ expertise and experiences within the industry allows us to provide detailed advice and guidance on the selection of the most appropriate floor for your specific desires.

Do you have unique needs? We produce custom design flooring systems to meet bespoke specifications where necessary, so do not hesitate to contact our team to discuss your special requirements. This could range from flooring for a particular machine to process boundaries such as walkways and lines, and from multicoloured finishes to separate working and operating areas.

What Is the Cost of Coloured Resin Flooring?

For ease of accessibility, we have compiled rough estimates for every floor coating. Please be informed that the cost of instant and HACCP coating is higher than other floor Coatings. This implies that the rough estimates cannot be used as a guideline for these two coating types. Quotations for other Coating types are also subject to change with time and depending on the nature of the work.

Get A Quote on Coloured Resin Flooring

Our competent Resin Flooring team can help you with quotations. To get a free quote for your new resin flooring, please fill out the form or dial 0208 6140774.

I require a hygienic floor in a hospital; what would you recommend?
We understand that hospitals are special places. That is why we recommend Resin Flooring XXXX system. Its dense, smooth surface and has an appealing speckled finish with a hygienic view and can easily be cleaned.
I want a floor finish in a shopping centre toilet, what would you recommend?
We recommend Resin Flooring wet area system, which is anti-slip and unaffected by spills and hard-wearing and also gives a beautiful finish.
What colours are available?
Resin floors are available in almost any colour. We not only have a range of standard colours but should your colour of preference not be among our standard colours, we can have your desired colour specially blended to match any colour sample that you provide. These nonstandard colours are unique and attract special prices that are usually higher than the standard colours.
Can resin be applied to stairs? How?
Resin Flooring specialist resin coating is not just suitable for ground floors but can be applied to stairs, provided a wooden baton or retaining strip is fitted as a stair nosing to the front of each step. This will enable our approved installation contractors to flood each stair tread with resin.
I require a light reflective floor for an aircraft maintenance hangar, what would you recommend?
Our Resin Flooring XXXX system is formulated for resistance to Skydrol (aviation hydraulic fluid) and hence the most appropriate for areas like aircraft maintenance hangars.