Colour Options For Your Resin Floor

As you may know, one of the many benefits of a resin floor is the vast array of colour choices available. We have carefully put together an extensive palette of colour shades to match even the most bespoke colour request. This means that you have complete control over the final look of your Resin floor. Even though multiple colour choices is a great benefit of installing a resin floor, settling on a particular colour scheme can be overwhelming. But done right, coloured Resin Floors are unique, beautiful and can dramatically improve the look of any household as well as reinforce brand imagery for organisations.

Listed below are colour combinations that could help guide your choice:

For example, if you are trying to create a warm, child-friendly feel in your kitchen, then a resin floor with a primary colour scheme would match perfectly with red barstools, yellow metal beams and a blue kitchen wall. The trick is to work with primary colours of the same tone. 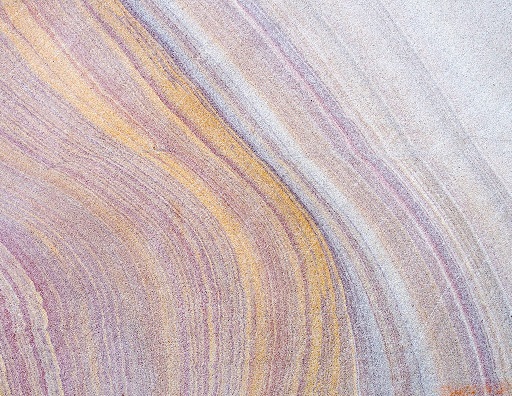 Are you a fan of subtle colour schemes that aren’t clearly defined? If this is the case, you could draw inspiration from multiple sources, especially items that are already present in your space. We have instances where clients draw inspiration from art palette and use this as a guide for their floor design. Another great option is to go with natural grey with undertones of green and brown running through. These shades work well with bright artworks and contemporary furniture with pops of colour. This colour palette also works well with dark grey (and many other colours) and provides a neutral canvas for you to work on.

A popular colour scheme is the combination of warm shades of copper to play against and balance out cool greys. Especially popular in 2015, this look is a stylish addition to any space even today. One of our most distinct resin floor work was done in a penthouse in central London; a fitted kitchen in all copper that included a cutting-edge kitchen island/breakfast bar and full wall insulation. It was absolutely gorgeous and made the room pop.

A classic rule to consider when creating multi-coloured resin floors is to match colour strength. Pastels and brights are harder to match as opposed to two bright colours. You would also need to take into consideration shadows, furniture and other items that are in the space. Another factor to consider is how much natural light comes in during the day as this will affect your floor.

What Are the Advantages of Coloured Resin Floors?

Resin coloured floors come with a lot of benefits, they are textured, polished and can dramatically brighten up any interior space. They are also easy to clean, long-lasting and hard wearing. An added benefit is that Resin Floors are waterproof, stain resistant and anti-slip, this makes Resin floors very safe. Resin floors are also low maintenance and extremely customisable; with an endless array of patterns, design styles, and colours to match.

Over the years, we have built our expertise in the resin flooring industry. This is reflected in the thousands of satisfied customers we have and our large portfolio of high-quality coloured resin flooring projects. We offer bespoke colour matching services to ensure that you have a lot of colour choices and combinations for your resin floor.

We also provide a natural biopolymer resin that is environmentally friendly and of the highest grade. Our team of installers are experts, dedicated and customer friendly and are available to work in all regions throughout the UK and internationally.

We look forward to working with you to bring your vision for your coloured resin floor to life. We will guide you through the creation of perfectly blended colour scheme that matches your design style. Please call 01245 678920 or fill out our contact form and a member of our team will get in touch with you. We are glad to be of service.

Active Resin Flooring is proud to offer Other Colours Flooring Services in London.
The Capital City of London, lies within England in Greater London.
London’s local attractions include Canary Wharf, Hatton Garden, Three Mills, and River Thames.
As a result of its location, a number of rivers and water ways inlcuding Kensington Canal, London River Services, and River Thames are found within London.
London’s council/local authority is a Devolution In The United Kingdom.
London is situated in Greater London.
London is associated with county districts including Harrow, Abbey Wood, Burnt Oak, Isleworth, and Kensal Green.
Administrative ward subdivisions of a London also include Barnes, Brentford, Teddington, and Kew.
Capital City’s including London are split are representated parliamentary constituencies such as Paddington North (UK Parliament constituency), Westminster Abbey (UK Parliament constituency), Kensington and Chelsea (UK Parliament constituency), Westminster (UK Parliament constituency), and Battersea (UK Parliament constituency).
The Capital City of London also amalgamated villages such as Harefield, and Arkley within its boundaries.
London contains a number of settlements including West Norwood, Raynes Park, Greenford, Adelphi, Bermondsey, Maida Vale, and East Barnet.
Active Resin Flooring’s Other Colours Flooring Services area in the Capital City of London also encompasses Brondesbury Park, Muswell Hill, Battersea, Dartmouth Park, and Greenwich
Other primary service areas of Active Resin Flooring within in London, England accommodate South Norwood, Cottenham Park, Hampstead, Gidea Park, and Brent Park,
in addition to London’s outer urban areas Barking, Lea Bridge, Hook, Eltham, and St Giles.
Last but not least Active Resin Flooring’s Other Colours Flooring Services cover the greater London area including Harlesden, Catford, Edgware, Chingford, and Shepherd’s Bush.
Smaller areas within of London, Greater London include Bexley, Paddington, Shoreditch, Putney, and South Hampstead.
Towns such as Romford, Woodside Park, Holloway, Pitshanger, and Waterloo can be found within London.
Additional towns such as Chipping Barnet, Enfield Town, Chinatown, Barking, and Westminster can be found within the Capital City of London.
Institute of Cancer Research, and Lister Institute of Preventive Medicine located within London are distinguished through England and the United Kingdom.
Amongst the numerous schools and further education establishments in London are London Oratory School, and The Hampshire School.
Additional educational institutions within London is the Saatchi Gallery, and Carlyle’s House.
St Luke’s Church, Newington Green, and Pollards Hill are popular with London locals and are known throughout England.
Lillie Road, Angel, and Bishopsgate are intrinsic to London transport infastructure.
London reputation can be ascribed to its rich heritage including Statue of Charles II, Royal Hospital Chelsea.
Withing the boundaries of London, Royal Hospital Chelsea, St Helier, Stamford Bridge (stadium), Sloane House, and 15 Cheyne Walk of special interest.
London houses some well known churches including St Mary’s, Chelsea Academy, and Church of Our Most Holy Redeemer and St Thomas More.
London has a notable history, including Three Mills, Chelsea Harbour, Enfield Island Village, Sands End, and Timeline of London.
London’s main business centres are comprised of Canary Wharf.
A variety of business including Finborough Theatre, Rockstar London, and Granny Takes a Trip were founded in the Capital City of London.
London is a centre of commerce and shopping centers such as Granny Takes a Trip are famous.

Will a Coloured Resin Floor Hide the Cracks on My Concrete Floors?
Yes. Whatever crack on the surface of your concrete floor will be completely covered or reduced by our coloured resin coats. If coating your floor will not hide the problem, our installer will fix any imperfection with our proprietary products before laying the Coloured Resin Coat.
How Quickly Can I Use My Coloured Resin Floor?
As quickly as three hours for spaces that are climate controlled.
Can I Clean My Coloured Resin Floor Using Solvent Based or Waterborne Products?
Waterborne or solvent-based products work well with polyurethane, acrylic, or epoxy products. So they are safe to use on your Coloured Resin Floor.
Will My Floor Become Slippery When Wet?
High-gloss resin floors can become slippery when wet. To prevent this, the addition of a non-slip additive is recommended, especially for areas with a lot of foot traffic.