Usually, people tend to stereotype epoxy coatings as just shop or garage floor coatings. To invalidate the “garage floor” misconception, there are new products available that can create decorative finishes for bathrooms, kitchens, living spaces and much more. Epoxy Coatings are now available in elegant colour mixes to suit your tastes and styles. 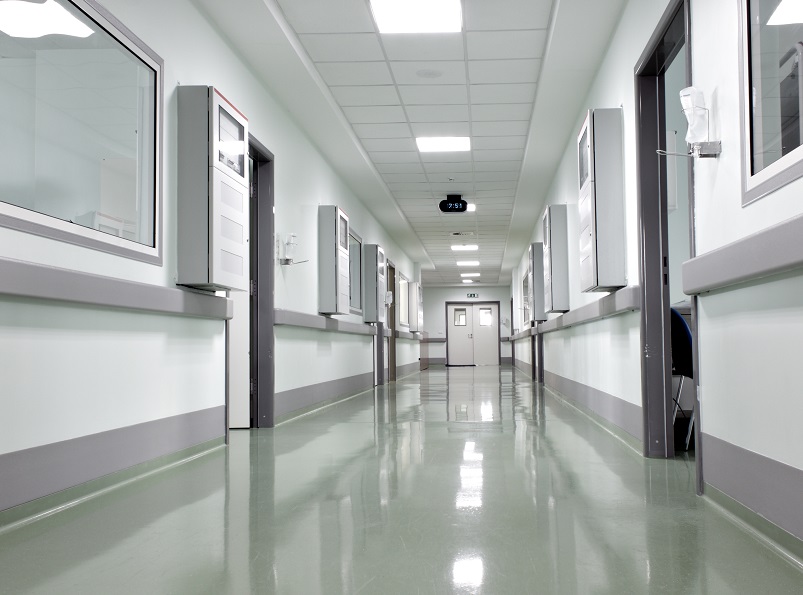 What are the benefits of resin flooring in bathrooms?

The bathroom is probably the only place in the home that comes in contact with so much moisture every day, hence the need for a flooring system that is not only non-slip and stain-resistant but is also capable of withstanding high levels of humidity and fluctuations in temperature.

Poured resins are not only preferable to concrete because of their aesthetic value and creative possibilities but for several reasons.

The Right Look for Any Bathroom

Epoxy coating systems make use of use high-quality resins and the correct amount of aggregates to produce a superior and thinner surface that keeps water away from drywall. You will not even want to try other floors once you have experienced the benefits of epoxy resin floors.

Resin Flooring resin flooring is available in a variety of colours to fit any decoration. Our extraordinarily capable team can also match your company’s colour palette or even help in producing them with your logo or brand information.  Do not hesitate to contact us for more details. You are one dial away from learning more about our shower flooring and wall options, installation process, and pricing. call 01245 678920 to get started.

Unnecessary patches in bathrooms can be disgusting. Are you aware that you can create unity in your bathroom with a Resin Flooring resin floor that is seamless and requires low maintenance? The appealing properties of the floor can also be extended to your walls. The result is an aesthetically ordered space. Sleek but straightforward, right?  That is Resin Flooring for you.

Same routines could be boring. Epoxy Coatings offers you floors that do not require the same cleaning and maintenance procedures that traditional flooring requires. Epoxy resins and polyurethane are poured in self-levelling formulas that can reflect light and provide an alluring finish while reducing the need for additional room lighting.

A combination of resins with a coherent wall finish to replace tiled walls would be amazing. Giving this a try guarantees an aesthetically pleasing space where you can relax and get set for the day. An elegant resin floor in the bathroom, which seamlessly leads to the bedroom and hallway and the entire floor on the bedroom; that is correctly levelled without any thresholds and joints is an experience of ease and comfort. This experience can be made possible with Resin Flooring resin floor. Kindly look through our guide reads to choose appropriate kitchen and bathroom floorings. 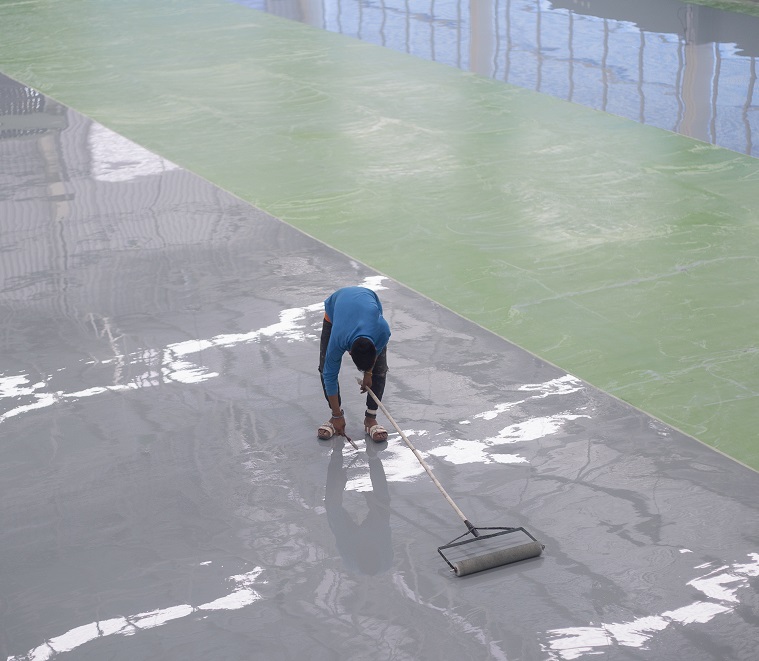 Our team members are always excited to advice you on the best flooring systems for your bathrooms. Please visit any of our showrooms to see our wall finishes and flooring colours for yourself! It is possible to request a no-obligation quote to get an idea of the expenses of your bathroom flooring project.  You are one call or mail away from getting that beautiful floor finish. Call 01245 678920 or send us an email.

Active Resin Flooring is proud to offer Epoxy Floor Services in London.
London, Greater London, a Capital City located in England.
London’s local tourist attractions include Three Mills, Hatton Garden, River Thames, and Canary Wharf.
As a result of its location, a number of rivers and water ways inlcuding Kensington Canal, London River Services, and River Thames are found within London.
London’s governing local authority structure is a Devolution In The United Kingdom.
London is found in Greater London.
London is linkedd to county district shires including Harrow, Kensal Green, Burnt Oak, Isleworth, and Abbey Wood.
Wards in London are usually named after thoroughfares, neighbourhoods and parishes, these include Teddington, Barnes, Brentford, and Kew.
The Capital City of London is representated at a national level by Westminster (UK Parliament constituency), Kensington and Chelsea (UK Parliament constituency), Westminster Abbey (UK Parliament constituency), Paddington North (UK Parliament constituency), and Battersea (UK Parliament constituency).
The Capital City of London consolidates hamlets such asArkley, and Harefield within its border.
Over the years London has assimilated a number of settlements including Adelphi, Greenford, West Norwood, East Barnet, Bermondsey, Raynes Park, and Maida Vale.
Muswell Hill, Dartmouth Park, Greenwich, Brondesbury Park, and Battersea are included withinin Active Resin Flooring’s Epoxy Floor Services area in the Capital City of London.
Other service areas of Active Resin Flooring in London, England encompass Hampstead, Cottenham Park, Brent Park, Gidea Park, and South Norwood,
as well as London’s outlying urban areas Hook, St Giles, Barking, Lea Bridge, and Eltham.
In conclusion, Active Resin Flooring’s Epoxy Floor Services also cover the wider London area which includes Edgware, Shepherd’s Bush, Harlesden, Chingford, and Catford.
Within In London, Greater London you can find several small communities including South Hampstead, Putney, Shoreditch, Bexley, and Paddington.
Towns such as Pitshanger, Waterloo, Holloway, Romford, and Woodside Park are are part of London.
Other towns found within the Capital City of London include Chipping Barnet, Barking, Westminster, Enfield Town, and Chinatown
Lister Institute of Preventive Medicine, and Institute of Cancer Research in London are famous through out the England and the United Kingdom.
Amongst the numerous schools and further education establishments in London are London Oratory School, and The Hampshire School.
Informal learning environments in London include the Saatchi Gallery, and Carlyle’s House.
St Luke’s Church, Newington Green, and Pollards Hill are popular with London locals and are known throughout England.
Within London roads and infastructure include Bishopsgate, Lillie Road, and Angel.
Places to see in London include Statue of Charles II, Royal Hospital Chelsea.
Blended into London a number of buildings of national importance can be found including 15 Cheyne Walk, Royal Hospital Chelsea, Stamford Bridge (stadium), St Helier, and Sloane House.
London houses some well known churches including St Mary’s, Chelsea Academy, and Church of Our Most Holy Redeemer and St Thomas More.
The rich history of London includes Chelsea Harbour, Three Mills, Enfield Island Village, Timeline of London, and Sands End.
Canary Wharf are notable as London’s main business centres.
A number of companies including Rockstar London, Granny Takes a Trip, and Finborough Theatre in the Capital City of London.
Granny Takes a Trip is one of London’s shopping centers and a focal point of local commerce

Does epoxy flooring scratch easily?
Epoxy flooring’s resistance to chemicals, cracks, and scratches makes it one of the most durable applications available. It is the best choice for areas where heavy equipment are used because of its impact resistant ability and the ability to be replaced easily.
Are resin and epoxy the same thing?
The differentiating factor between epoxy and Resin is the drying time. Epoxy and resin adhesives are usually mixed before use, but epoxy hardens faster than resin glue. Epoxy adhesive cost way higher compared to resin since it has an outstanding bonding capability.
What are the advantages of resin floors?
Unlike traditional floorings, Resin floors do not leak or have patches. They are hygienic, easily treatable, and are useful in places that require frequent cleaning. Their hermetic and waterproof nature makes them appropriate for humid areas such as bathrooms, swimming pools, and kitchens.
How much does epoxy resin flooring cost?
Every project has unique considerations and determinant factors. This makes it difficult to quote an exact cost for epoxy flooring. Good news is that you can request a no-obligation quote to determine the cost of your bathroom flooring project.
Can epoxy flooring increase the value of your home?
Epoxy flooring is one investment that is sure to last for a long time because of its high quality. It is best installed by our team of professionals to guarantee a lifetime long-lasting outcome. With epoxy flooring, you need not bother much about repair expenses, and your home would continuously exude an alluring outlook. 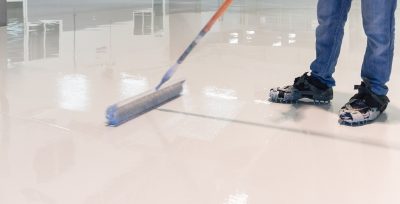 Questions To Ask Before Hiring An Epoxy Flooring Contractor