Resin floor screeds can be Epoxy or Polyurethane which both comprises of three parts – base, aggregate, and hardener, and we offer both types of resin floor screeds. Screed is well suited for use with UFH, Underfloor Heating, due to its conducive nature and lasting durability. Resin floor screeds are now commonly used in domestic properties, as well as commercial and industrial environments.

A polished screed’s floor temperature can easily exceed the standard temperatures of 18-21⁰C required for bedrooms, living rooms and bathrooms. The resin floor screed is a good heat holding store; a good combination with UFH when it comes to sustainable energy and keeping your energy bills under control.

Epoxy resin floor screeds come in different shades of colours and with a smooth surface. They are just about immune to the effects of most chemical substances, dust and water. Epoxy resin floor screeds are very easy to clean giving you a smooth surface finish in walkway areas or vehicle routes where aesthetics, durability and cleanliness are very important.

Epoxy resin screed can be laid over a larger area relatively quickly because of how fast the application process and curing time is; also, it can easily blend with a building’s initial décor because it comes in so many shades colours and styles.

PU resin screed is considered hygienic in nature, very easy to maintain and very easy to clean. PU resin is recommended for industrial and commercial applications. PU resin screed is one of the best floor finishes for food companies because of its high hygienic nature. This is a great floor finishing surface for chemical companies, food processing companies and plant processing companies.

PU joint sealants easily go with the resin floor system in situations where movement joints have been installed. Polyurethane resin screed can be placed at walls as well as floor junctions to help make surfaces easy to clean.

Making This The First True Generator

It has survived not only five centuries, but also the leap into electronic typesetting, remaining essentially unchanged. There are many variations of passages of Lorem Ipsum available, but the majority have suffered alteration in some form, by injected humour, or randomised words which don’t look even slightly believable. All the Lorem Ipsum generators on the Internet tend to repeat predefined chunks as necessary, making this the first true generator on the Internet. It uses a dictionary of over 200 Latin words, combined with a handful of model sentence structures, to generate Lorem Ipsum which looks reasonable. The generated Lorem Ipsum is therefore always free from repetition, injected humour, or non-characteristic words etc. 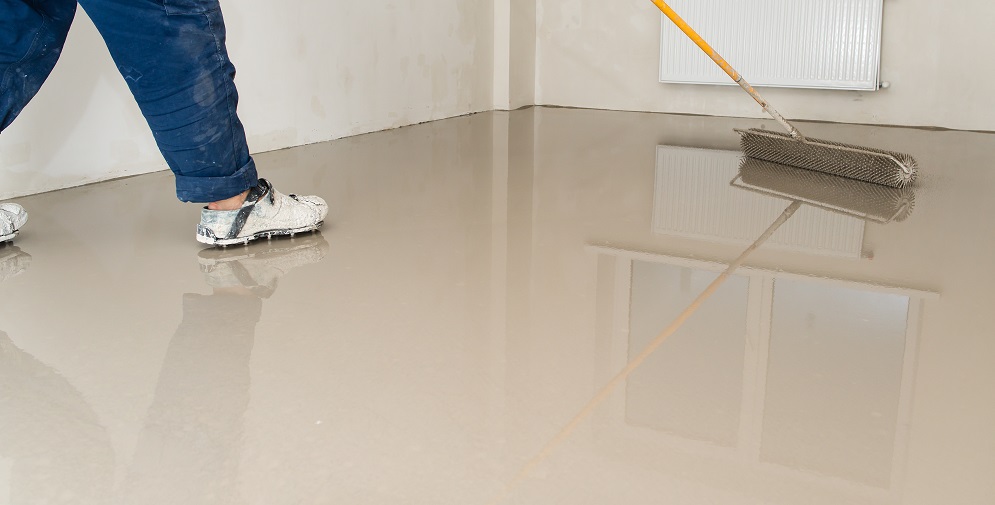 Floor surfaces are important in both domestic and industrial environments. The right floor surface beautifies and creates a safe space for movements on foot or vehicles. Resin floor screed helps in creating a smoothing seamless floor surface. They have no hole or gaps, are waterproof, dustproof, and are resistant to most chemicals which are perfect for industrial use. They are also solid, come in a wide range of colours, are very durable and hygienic, and can be installed on a wide range of substrates and surface materials

Why Choose Active Resin Flooring for your resin flooring screed?

Looking for the best resin floor screeds? Active Resin Flooring is the option best suited for your homes and industrial floor surface need – with qualified professionals to meet the targeted idea

Active Resin Flooring provides the absolute best smooth floor surface at reasonable prices, affordable for everyone in need of quality resin floor screed, domestic and industrial. Our floor screed installers are very professional and diligent at what they do, carefully installing the resin screeds at desired locations to meet your desired need, creating a solid long lasting floor, from interlocking floor tiles to seamless resin floor screeds, and high build epoxy floor.

The Active Resin Flooring installer team are professionals with a knowledgeable understanding of parameters and potential of the materials they work with. They are not amateurs but trusted tradespeople who carry out the best installations of floor screeds. At Active Resin Flooring, we are always prepared for every flooring job and can work with short notice.

It is important that we are able to provide strong and durable floor surface finishes, and we take that into consideration for every job, helping us create a smooth non-slippery floor, easy to clean and maintain.

For further enquiries, call us on 01245 678920 today. We are always available to discuss your resin floor screed requirements and our professional floor screeds installers can answer any of your technical flooring questions.

Can you epoxy wood floors?
Yes, but there are necessary procedures needed before the epoxy can be used to coat a wooden floor.
How thick is epoxy flooring?
It depends on the floor. In some cases, it can be 1cm (0.4 inches). Epoxy floor thickness actually ranges differently from very thin to thick, that is, from 300 microns (0.01 inches) considered very thin to 5 mm (1/5 inches) considered thick
How long does the epoxy floor last?
Epoxy floors are durable in nature. Even with low maintenance, our flooring can last 10+ years. They can actually last longer if maintained properly and with care. Although, epoxy floors don’t usually require high maintenance, unlike some other floor coatings, it is important to brush and clean occasionally.
Why not give us a call today