Resin Flooring offers various types of resin floorings, and that includes a textured finish. Depending on the area for installation and the level of underfoot grip required, epoxy floor paints can be made to be either smooth or textured. However, our textured floor coating is a wise option for warehouses and industries to ensure employee health and safety. Car park owners are also advised to try our textured non-slip flooring system to reduce slip accidents. 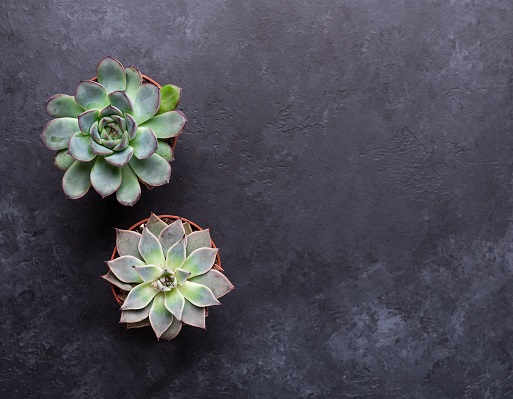 Areas that are regularly accessed are prone to wetness and future slip accidents. Internal or external surfaces in workplaces, schools, and ramps are areas like that. It would be a costly mistake to instal smooth floor coatings that can increase chances of slipping in these areas. Epoxy resin coatings would effectively make the surface slip resistant and incorporate colours and designs to improve awareness about hazardous areas. Effective epoxy flooring systems guarantee a textured finish that ensures a high level of grip for persons and machines plying the surface.

Epoxy resin floor paints are available in a variety of solid or decorative colours and textured finishes.  Epoxy resin floor coating in its seamless nature can be laid over almost all types of floors, including wood, tiles, concrete, and asphalt. The result is a beautiful hard-wearing finish. Alternatives to choose from are matte, silk, or gloss finishes that have different degrees of anti-slip finish.

Our unique formulation guarantees an evenly textured non-slip floor coating that is appealing and easy to clean like no other.

Features of Our Textured Resin Flooring

Our Concrete resin floors are usually prepared through an entirely dust-free process, with diamond grinding machines that are attached to industrial vacuums. Epoxy coatings provide textured surfaces as vacublast preparations are carried out. Our customers trust us to install long-lasting epoxy resin pedestrian walkways and industrial flooring. Please rely on us to create areas of cross-hatching and goods bays to organise workplaces further.

How Much Does Textured Resin Flooring Cost?

Variety is the spice of life. Taking that into cognisance, epoxy flooring solution offers a variety of colours and decorative elements. However, as with any flooring system, expenses for intricate designs are usually higher, but not to worry, design-forward textured epoxy flooring is a more economical alternative compared to other decorative floor systems in the market. This affordable textured epoxy coating is not inferior to more expensive ones as it still provides exceptional performance and has a long life span.

Please note that design complexity for your metallic epoxy floor affects the pricing. We provide free quotations for your specific floor. Do not hesitate to contact us.

Why Choose Textured Resin Flooring For Your Floor?

Our works and experiences speak for us. Resin Flooring Flooring is one of the leading resin floor suppliers and installers in the UK. Our XXyears long experience in supplying and fitting resin flooring for our clients makes us outstanding. Our clients trust that we go the extra mile to deliver services since that is our company philosophy, hence our limitless shine over our competitors as regards flooring and hygienic wall coverings.

We have a good understanding of all industries and sectors. This is because we started in the domestic sector before moving into the commercial sector. We are always excited to react to and try new technologies and designs. Resin Flooring Resin Flooring Solutions are reputable for providing high-quality resin flooring installations in a variety of areas, including commercial and industrial sectors.

We realise that the customer is king; therefore, outstanding customer service is our biggest priority. We are not merely profit-oriented, but we show care to our clients by advising them on the right type of flooring for their unique requirements to ensure optimum performance and durability. You are just a call away from learning more about our outstanding resin flooring service. Contact our capable team today! Call 0208 6140774 to discuss your unique specifications and receive advice on the best flooring solution for you.

Interested in having resin bound flooring installed? Our experts are eager to offer you high-quality installations that are made from high-quality resin products. Be rest assured that as professionals, we only make use of premium materials. Please fill in our contact form to get more information on our resin bound floor installation, and we will give you detailed feedback.

Are textured resin floors durable?
Resin floors generally are easy to clean and more durable than other floor types. However, PMMA resin flooring solution is the easiest to repair should any damage occur. No matter the primary requirement for industries, resin flooring, is the most favourable choice because of its durability, longevity, hygiene, and a combination of other factors.
Are textured epoxy floors smooth?
Unlike the average garage floor, resin-based epoxy flooring systems are brilliant and professional in appearance. They come with an alluring appearance that makes them alluring to use. The self-levelling and uniform surface can withstand chemical spills and is also easy to clean.  You need not bother about heat and water because our resin bound flooring is heat and water-resistant.
How do you clean a textured epoxy floor?
To clean epoxy floors, all you need to do is wipe up spills immediately with a soft cloth and, if need be, use a mild cleanser like Windex to remove stickiness. Stubborn stains can be gotten rid of by spraying them with an ammonia solution and scrubbing with a stiff nylon brush. Remember to dust and mop at least once a week to remove accumulated dirt.