Garage floors are usually ignored. However, garage floors are one of the most important parts of the house that must be considered because they need to be strong enough to resist greasy content, chemicals, as well as constant walking and offloading of heavy weight.

The floor of a garage must last long, resist wear and tear and be  versatile. This combination of flooring qualities is hard to come by. The type of flooring you pick can have an effect on your safety and health. Hence, it is important to pick the right type of floor you use for your garage.

The right type of floor for a garage is one that shields it from acids/oil damage as well as salt damage. Salts can be gotten from the road during the winter season and can cause severe damage on floors. A coating that is impenetrable and resistant to chemical is the most ideal for garage floors.

Normal concrete garage floors can also benefit from a protective surface finish. This is because concrete can get stained, leaving permanent marks. A protective surface coat prevents oils and chemicals from staining the concrete in garages making them more durable and longer lasting. Because the prevent oil spillage from damaging the floor, they will require less maintenance. They are also damp proof as well as anti-slip.

Protecting your home from oil and chemical damages does not have to be expensive. Because most people prefer to park their cars outside the garage and turn their garages into a mini storage as well as workshops. A good garage floor can make your home more pleasing to the eyes. 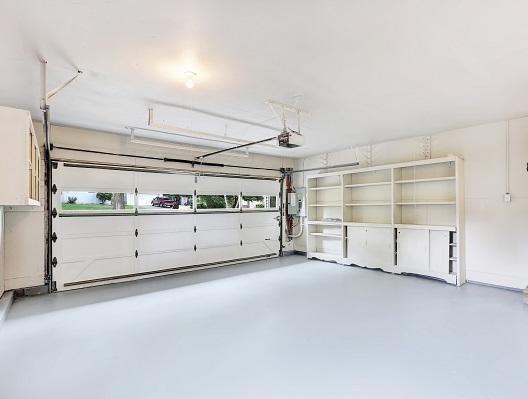 Our company uses high quality epoxy resin as well as polyurethane for both commercial and industrial application. Both applications are used in commercial, as well as industrial environment and are one of the most effective. These are incredibly steady and require less maintenance. They also last for years. Upon request, we can use damp proof membrane as well as anti-slip properties on your floors especially in areas that comes in contact with water and oil regularly.

Kindly complete the form if you want to get a free quote or an installation. You can also speak with our expert on resin bound to work with your projects.

Active Resin Flooring is proud to offer Garage Flooring Services.
London is a beloved Capital City located in the heart of Greater London in England.
London’s main tourist attractions include Three Mills, Canary Wharf, Hatton Garden, and River Thames.
As a result of its location, a number of rivers and water ways inlcuding Kensington Canal, London River Services, and River Thames are found within London.
London’s council/local authority is a Devolution In The United Kingdom.
London is part of Greater London.
London is associated with the Harrow, Isleworth, Kensal Green, Burnt Oak, and Abbey Wood shire administrative regions.
Wards for local government elections in London also include Brentford, Barnes, Kew, and Teddington.
The Capital City of London is representated at a national level by Westminster (UK Parliament constituency), Kensington and Chelsea (UK Parliament constituency), Westminster Abbey (UK Parliament constituency), Paddington North (UK Parliament constituency), and Battersea (UK Parliament constituency).
The Capital City of London additionally contains villages such as Harefield, and Arkley in its boundaries.
London incorporates a number of settlements including Adelphi, West Norwood, Maida Vale, Bermondsey, Greenford, Raynes Park, and East Barnet.
Active Resin Flooring’s Garage Flooring Services area in the Capital City of London also includes Brondesbury Park, Muswell Hill, Battersea, Greenwich, and Dartmouth Park.
Other service areas covered by Active Resin Flooring within London, England include Brent Park, Cottenham Park, Hampstead, Gidea Park, and South Norwood,
in addition to London’s outlying urban areas Eltham, Barking, Hook, St Giles, and Lea Bridge.
Last but not least Active Resin Flooring’s Garage Flooring Services cover the greater London area including Harlesden, Catford, Edgware, Chingford, and Shepherd’s Bush.
Within In London, Greater London you can find several small communities including South Hampstead, Putney, Shoreditch, Bexley, and Paddington.
Towns including Woodside Park, Romford, Pitshanger, Waterloo, and Holloway are located in London.
Other towns found within the Capital City of London include Chipping Barnet, Barking, Westminster, Enfield Town, and Chinatown
Lister Institute of Preventive Medicine, and Institute of Cancer Research in London are famous through out the England and the United Kingdom.
London has a number of schools in the area including London Oratory School, and The Hampshire School.
Informal learning environments in London include the Saatchi Gallery, and Carlyle’s House.
St Luke’s Church, Newington Green, and Pollards Hill are popular with London citizens and known throughout England.
Lillie Road, Angel, and Bishopsgate are intrinsic to London transport infastructure.
London reputation can be ascribed to its rich heritage including Statue of Charles II, Royal Hospital Chelsea.
Situated in London, notable heritage assets include 15 Cheyne Walk, Royal Hospital Chelsea, Stamford Bridge (stadium), St Helier, and Sloane House.
Many churches are still located in London, St Mary’s, Church of Our Most Holy Redeemer and St Thomas More, and Chelsea Academy to name but a few.
London has a notable history, including Three Mills, Chelsea Harbour, Enfield Island Village, Sands End, and Timeline of London.
Canary Wharf are London’s main business districts.
A variety of business including Finborough Theatre, Rockstar London, and Granny Takes a Trip were founded in the Capital City of London.
Granny Takes a Trip is one of London’s shopping centers and a focal point of local commerce.

What if my place has a Dusty Unstable Surface?
Places with a lot of dust and volatility, can use the ultra-low viscosity epoxy. Ultra-low viscosity epoxy  is used for floors to give it a solid sound surface.
What is a Non-toxic and Non-Taint Primer?
Dispersed epoxy is one of the best non-toxic primer. This primers are made for non-taint as well as non-toxic use specially in places with a lot of people and food factories. It is one of the best for damp areas.
What primers can I use on the floor of my garage?
Garage floors can be made from tiles, cement, wood and vinyl. Depending on the floor you have, you will need to use the right type of primer. It is best to get your floor inspected by expert installers.
How long will garage resin flooring last?
All the garage resin floorings last for as long as 20 years with a 20-year guarantee. But, it can exceed even more than 25 years. Our company’s resin bound surfaces will last for as long as 20 years and are resistant to oil, stone and other damages such as frost damage. However, you cannot transfer this guarantee.