A wetroom is usually a waterproofed shower area located on the same level as the rest of the house. When you shower, the water drains through a drainage system in the shower area. Despite your shower water draining away, wet rooms can remain wet and slippery long after you have had your shower, and this can be inconveniencing, especially where you have someone else waiting to use the shower.

The solution? A resin floored wet room. For your wet spaces, we specialize in seamless resin flooring. We are proud to be able to produce the ultimate open plan wet room in almost any space with over 10 years of resin flooring knowledge. All of our projects are guaranteed.

Wet floors must be able to withstand elevated humidity concentrations and temperature fluctuations. It must also be resistant to slip and stain. The designs and installations of Active Resin Flooring resin flooring can support any wet spaces your household have to deal with. 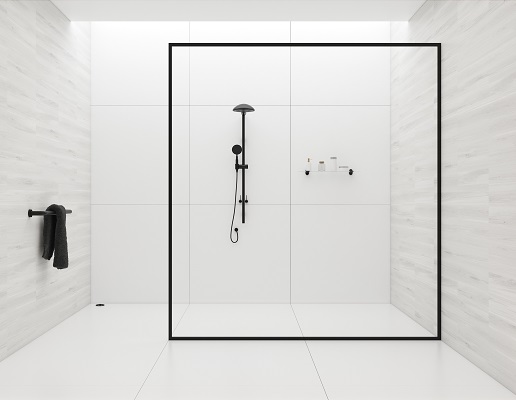 Wet rooms with resin bounds floors result into a smooth surface that is long-lasting and makes water draining efficient. Besides its wonderful aesthetic attraction, these characteristics make resin surfacing one of the most common wet rooms options presently.

Why Do Your Wet Rooms need Resin Flooring?

Great moisture control – resin floors have a distinctive screening agent that protects them from water or humidity so that unlike vinyl, it does not absorb water. Resin floored wet rooms are also slip-resistant and can handle spillage of any type of chemical or liquid. You can power wash the floor without harming the floor or simply clean it as you would any other type of floor.

Cleaning resin floor wet rooms is easy – Resin flooring makes it simple to clean stains from your wet room floor. It’s a type of floor that won’t readily mark a chip or crack if anything tough falls into it.

Hard and Lasting -The primary benefit of resin is that the resin floors are hard and long-lasting on your wet room floor. Their compression strength is greater than concrete, so that they can resist far more harm than tiles and vinyl without cracking or shifting. They are more effective.

Natural and Seamless Finish –Resin flooring systems produce a seamless finish for your wet spaces and deliver a naturally-looking stone finish, with an easy to clean, chemical-resistant surface.

Fully Adjustable -Resin flooring is an excellent choice in wet environments because it allows the material to be fully adjusted, both in colour and finish. The material also offers clean and hypoallergenic features for functionality. It is ideal for those who want a fully seamless floor finish which is free of grout and aligned with popular trends.

How much is the cost of wet rooms?

Compared to other alternatives, this may appear costly, but the durability and efficiency of resin flooring far exceeds what other floor solutions provide. That’s why it offers excellent value for your wet rooms throughout its lifetime.enturies, but also the leap into electronic typesetting, remaining essentially unchanged. It was popularised in the 1960s with the release of Letraset sheets containing Lorem Ipsum passages, and more recently with desktop publishing software like Aldus PageMaker including versions of Lorem Ipsum. 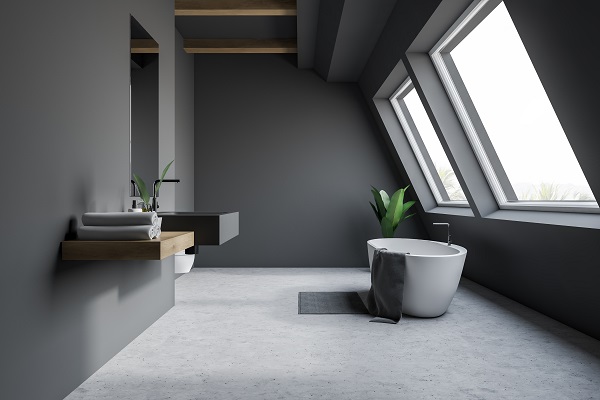 At Active Resin Flooring, we have a wealth of experience when it comes to application and installation of resin flooring in any environment. We have applied resin epoxy and installed resin flooring for dozens of wet rooms in different parts of the UK. Our expertise also covers domestic and commercial applications.

We are able to upgrade your wet room with resin flooring in such a way and style that it fits perfectly with the rest of your home and properly complements the equipment in your bath and wet room area.

We have the perfect solution for you whether you are looking for a rugged floor coating, moisture-resistant, slip-resistant or hard-wearing floor coating or you are just interested in an aesthetic coating for your wet spaces.

Whether your project is big or small, we at Active Resin Flooring serve customers in all industries. If you require further information on the kinds of resin floors for your wet spaces that we can install, one of our specialists will be pleased to speak to you about every option and to offer you an estimate for the cost of your project. Call 01245 678920, send us an e-mail or contact us through one of our quick flooring enquiry forms.

Active Resin Flooring is proud to offer Wetroom Resin Flooring Services.
London is a beloved Capital City located in the heart of Greater London in England.
London’s sightseeing opportunities include Canary Wharf, Three Mills, Hatton Garden, and River Thames.
A number of waterways and rivers including River Thames, London River Services, and Kensington Canal are located in London.
London’s council/local authority is a Devolution In The United Kingdom.
London is based within Greater London.
London is linkedd to county district shires including Harrow, Kensal Green, Burnt Oak, Isleworth, and Abbey Wood.
Wards in London are usually named after thoroughfares, neighbourhoods and parishes, these include Teddington, Barnes, Brentford, and Kew.
The Capital City of London parliamentary constituencies include Kensington and Chelsea (UK Parliament constituency), Paddington North (UK Parliament constituency), Battersea (UK Parliament constituency), Westminster (UK Parliament constituency), and Westminster Abbey (UK Parliament constituency).
The Capital City of London also encompasses villages such as Arkley, and Harefield within its administrative area.
Over the years London has assimilated a number of settlements including Adelphi, Greenford, West Norwood, East Barnet, Bermondsey, Raynes Park, and Maida Vale.
Muswell Hill, Dartmouth Park, Greenwich, Brondesbury Park, and Battersea are included withinin Active Resin Flooring’s Wetroom Resin Flooring Services area in the Capital City of London.
Other service areas covered by Active Resin Flooring within London, England include Brent Park, Cottenham Park, Hampstead, Gidea Park, and South Norwood,
in addition to London’s outlying urban areas Eltham, Barking, Hook, St Giles, and Lea Bridge.
Last in order but nevertheless important, Active Resin Flooring’s Wetroom Resin Flooring Services cover the wider London area including Chingford, Shepherd’s Bush, Catford, Edgware, and Harlesden.
Within In London, Greater London you can find several small communities including South Hampstead, Putney, Shoreditch, Bexley, and Paddington.
Within London you find towns such as Woodside Park, Romford, Waterloo, Pitshanger, and Holloway.
Other towns found within the Capital City of London include Chipping Barnet, Barking, Westminster, Enfield Town, and Chinatown
Lister Institute of Preventive Medicine, and Institute of Cancer Research within London are known through out the England and the United Kingdom.
Amongst the numerous schools and further education establishments in London are London Oratory School, and The Hampshire School.
Additional educational institutions within London is the Saatchi Gallery, and Carlyle’s House.
Newington Green, Pollards Hill, and St Luke’s Church are popular with London residents and known through out England.
Notable roads within London include Angel, Lillie Road, and Bishopsgate.
Unusual (and unique) places within London include Statue of Charles II, Royal Hospital Chelsea.
Blended into London a number of buildings of national importance can be found including 15 Cheyne Walk, Royal Hospital Chelsea, Stamford Bridge (stadium), St Helier, and Sloane House.
The churches within London include the well known Church of Our Most Holy Redeemer and St Thomas More, Chelsea Academy, and St Mary’s.
The rich history of London includes Chelsea Harbour, Three Mills, Enfield Island Village, Timeline of London, and Sands End.
Canary Wharf are London’s main business districts.
London is the founding Capital City of number of companies including Granny Takes a Trip, Rockstar London, and Finborough Theatre.
Granny Takes a Trip is one of London’s shopping centers and a focal point of local commerce.

Is the flooring of epoxy water-resistant?
Our brand of epoxy resin flooring is water resistant. It does not absorb or store water but drains off quickly and can be easily dried with a mop or air dried.
Could you have a shower Epoxy?
Yes, epoxy shower screens are easy to maintain and are a great way to refine your bathroom or shower. Since the epoxy resin flooring is completely seamless and waterproof, no water damage occurs, and cleaning is simple. No demolition is necessary to the tile and brick already present.
Is home flooring of epoxy safe?
Epoxy can be a secure option, but you want to work with an in-house item. With 100% Solids and zero VOCs, our ProductXXX flooring is the distinctive epoxy solution. During installation, there is no odour and you can be confident that this is a secure choice for your home.
Why not give us a call today